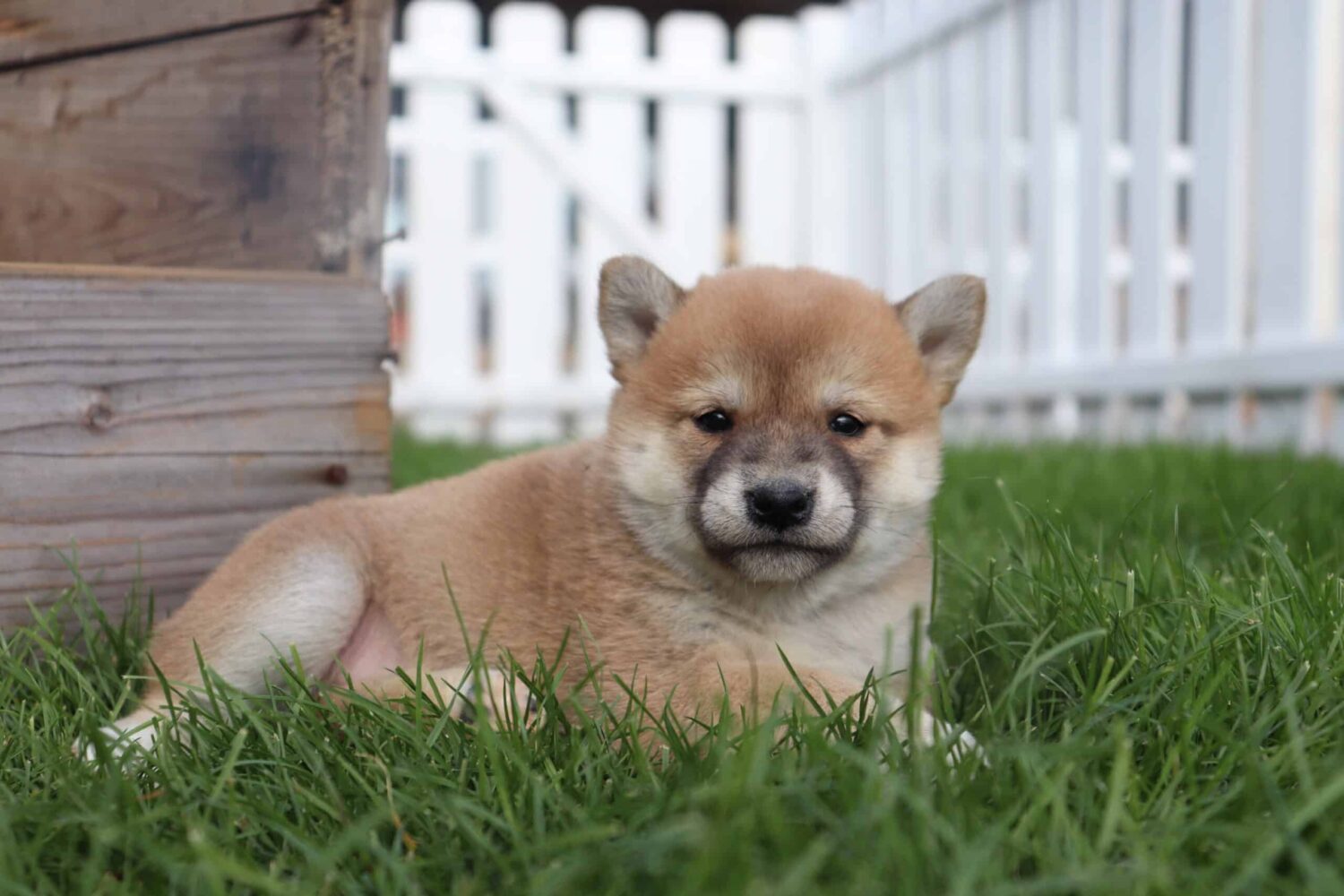 The history of the Shiba Inu is one with “ups and downs”. Thus, the race became nearly extinct twice. Fortunately, it is such a super breed that the Shiba Inu blooms back like a rose. If you wish to buy a Shiba Inu directly from a Belgian breeder, check out our available puppies.

Some other articles on the Shiba Inu:

The inu’s that roamed the Japanese islands in the Pacific Ocean at the time were all sorts of things. Thus, they were not only used for hunting, but were also excellent guard dogs, profiled as tough fighters, and were even used to pull sleds.

The fact that they were so versatile was not due to the way they were bred. For in those days dogs were not bred for looks or talents at all.
As a result, there was tremendous external diversity within the breed. The differences that arose had mainly to do with the climate. For example, in the north it could be very cold in the winter, while in the south it was a lot warmer. The structure of the coat adapted itself to the environmental factors in such a way that the dog could function optimally in any climate.

Hunting in Japan, not good for the Shiba Inu

In the early twentieth century, several associations were formed to defend the interests of the breed. This was necessary, since between 1868 and 1912 the Japanese dog breeds were crossed with imported English setters and pointers. As hunting was on the rise and became more popular than ever, they tried to improve the hunting capacities of the Japanese dogs by mixing with already established values within this dog sport.

This of course destroyed many of the original characteristics of the shiba inu. Eventually, a purebred shiba became so rare that one had no choice but to take action. The associations understood this too, and set themselves the goal of bringing the breed back to its authentic form.

With man and power for the Shiba Inu

In particular, it was the Nihonken Hozonkai association led by Doctor Hirokichi Saito that achieved a fine result. Because there were almost no purebred Japanese dogs left to be found, they were obliged to travel far to remote areas to select the right dogs to include in the planned breeding program. Needless to say, this was not an easy task. Fortunately, they received help from academics, who carried out research for them in the historical, zoological, archaeological and anthropological fields.

In 1937 their joint efforts were rewarded when the Japanese government took steps to declare the shiba inu a protected national heritage. And that may be considered a real crowning achievement of their years of work, because who wouldn’t want to not be on this list of Japanese cultural heritage alongside sumo wrestling and geishas?

And then came the Second World War

By World War 2, unfortunately, this crown soon fell off the job again. Indeed, by the end of the war, the breed was almost completely extinct. The search for suitable purebred bloodlines to breed from again did not yield much. The number of suitable dogs could hardly be counted on one hand. But no matter how small the gene pool was, it turned out to be just enough to breathe new life into the shiba inu. It is from these bloodlines that the shiba inu as we know it today was born. In fact, since the revival of the dog breed after World War II, the shiba inu has become the most popular dog breed in Japan.

It’s hard to find a Shiba Inu owner who isn’t proud of her dog’s beautiful coat. However, this beauty has a price. Shibas have an endless supply of hair during the moulting season, and they are also vulnerable to a few other causes of temporary hair loss. A shiba loses quite a lot of hair…

What is the average lifespan of Shiba Inu? When you buy or adopt a Shiba Inu , you will quickly bond with your new dog or puppy and may worry about what the future holds. How long will your Shiba Inu live? Dogs have a very short lifespan compared to humans, and it’s often a…

As well as being an excellent hunting dog, the Shiba Inu adapts just as well to apartment life, provided you can exercise. In addition, it is a particularly clean animal, so the choice of its litter is very important. A dog bed for a Shiba Inu should have a length of 80 to 100 cm….

Shiba Inu, our best friend Shiba Inu Smiiiiile! The Shiba smile is to smelt away. That distinctive smile and his fox-like appearance have made this Japanese four-legged friend very popular with us the last years. It has the look that toy manufacturers are trying to capture in their favorite cuddly toy, the teddy bear. But…

How can we help you?