The history of the Shiba Inu is and one with “ups and downs”. Thus the race became nearly extinct twice. Fortunately, it is such a super breed that the Shiba Inu blooms back like a rose. If you wish to buy a Shiba Inu directly from a Belgian breeder, check out our available puppies.

Some other articles on the Shiba Inu:

Below the article by W O E F

The Inu’s that were at the time on the Japanese islands in the great ocean about were from all the markets at home. So
They were not only used for hunting, but were also excellent watchdogs, they profileerden
As tough fighters bosses and they were even strained for sleds. They were so versatile they didn’t have to
Thanks to the way they were bred. For 1 at that time, the dogs were not bred at the latest or on talents. As a result, there was a huge outward variety within the breed. The differences that developed were mostly related to the climate. In the north, the
Cold in the winter, while just in the South a whole pack was warmer. Coat structure adjusted itself
In such a way to the environmental factors, that the dog could function as optimally as possible in any climate.

Hunting in Japan, not good for the Shiba Inu

In The early twentieth century, various associations were set up to help the interests of the breed to be
Defend. That was necessary, seen between 1868 and 1912 the Japanese dog breeds were crossed with
Imported English setters and pointers. Because the hunt for a ﬂinke advance was busy and this sport became more popular than ever, one tried to improve the hunting capacities of the Japanese dogs by mixing already established values within these dog sport. As a result, many of the original features of the Shiba Inu were naturally targeted. Eventually, a bred Shiba became such a rare appearance that one could no different than to take action. This also included the associations, and they also set themselves the goal of bringing the race back to the authentic form. 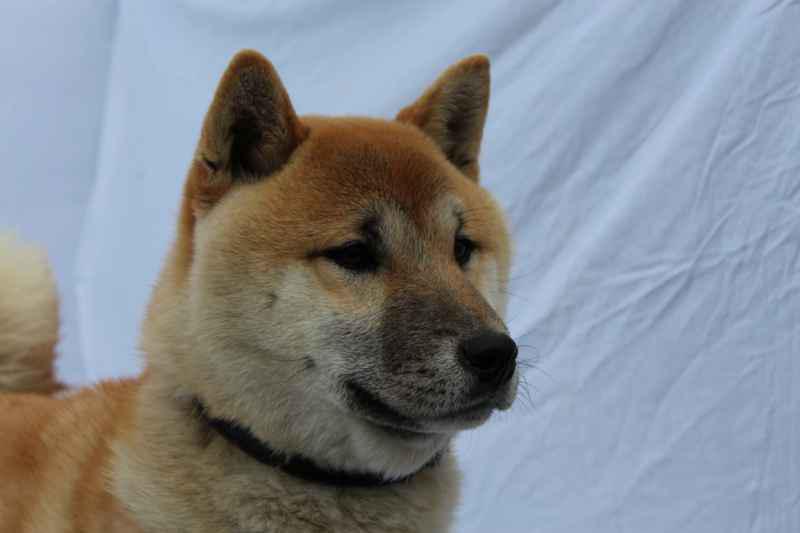 With man and power for the Shiba Inu

It was in particular the association Nihonken Hozonkai under the direction of Doctor Hirokichi Saito who had a nice result. Because almost no bred Japanese dogs were found, they were obliged to travel far to remote areas to select the right dogs to record in the planned breeding. This was obviously not an easy task. Fortunately, they received help from academics, who conducted research for them on historical, zoological, archaeological and anthropological matters. In 1937, their joint efforts were rewarded, when the Japanese government took measures to call the Shiba Inu to protected national heritage. And that may be regarded as a real culmination on their years of work, for whoever wants to
Not next to sumo and geisha on this list of Japanese cultural heritage?

And then came the Second World War

By World War 2, unfortunately, this crown soon fell back from work. By the end of the war, the race was almost completely extinct. The search for suitable bred bloodlines to breed again, did not yield much. The number of suitable dogs could be counted with difficulty on one hand. But how small the gene pool was, it turned out to be just enough to revive the Shiba Inu again. It is from these bloodlines that the Shiba Inu as we know it today, has arisen. Since the revival of the dog breed after World War II, the Shiba Inu has even become the most popular dog breed of Japan.